Within my reflexology I am specialising in pre-conceptual care, pregnancy and fertility. This article, therefore, really made me look at the impact our actions are having on our own ability to conceive, as well as our own wellbeing in general.

Britain faces a £30 billion bill to clean up rivers and water supplies contaminated by synthetic hormones from contraceptive pills, an article in The Observer said. 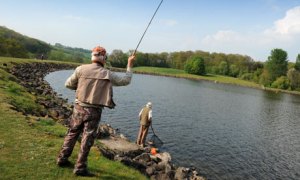 It is potentially a very important move – and will no doubt cause controversy with drugs firms.

3.5 million women in Britain take the contraceptive pill, something that has helped prevent pregnancy and in some cases helped regulate hormones and prevent acne. It has become a big part of our lives, but has its impact really been communicated properly?

We all know that what goes out our drains will eventually end up back in our taps, and this includes any hormones from our medication. The contraceptive pill contains ethinylestradiol (EE2), a chemical that can trigger gender mutation in fish, the male sperm production and thus drops in population. In a recent test in Canada this ingredient was shown to have a huge effect on the fish there. Moreover, researchers in Britain have found that 80% of the 50 water sites tested here contained noticeable levels of the chemical.

The solution? Many people are saying the £30 billion bill is a small price to pay, but pharmaceutical and water companies dispute the science, its link to humans and the cost involved. The most emotive response as been from Exeter University’s Professor Owen who said:

‘But do we want to wait until we see effects in humans, as we did with thalidomide, or do we act before harm is done?’

What do you think?

To find out more about how reflexology can help support your hormonal balance and fertility, get in touch here.